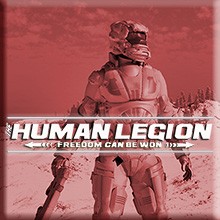 Throughout the Human worlds, there is much discussion and debate about the relative merits of warship and warboat classes. There’s pride too at recent Human engineering innovations, tinged with sadness because so many attempts to push back technological boundaries have resulted in tragedy.

Understandably, most attention focuses on front line warboats and warships, as these vessels project power across the stars. But to operate effectively, less glamorous vessels are needed to support them. In this section we turn our attention to one such category of smaller craft: the shuttles, cutters, and other small vessels carried inside larger ships.

As a typical (albeit famous) example of an unrated Marine transport ship of the 26th century, the Gustloff-class Beowulf carried: 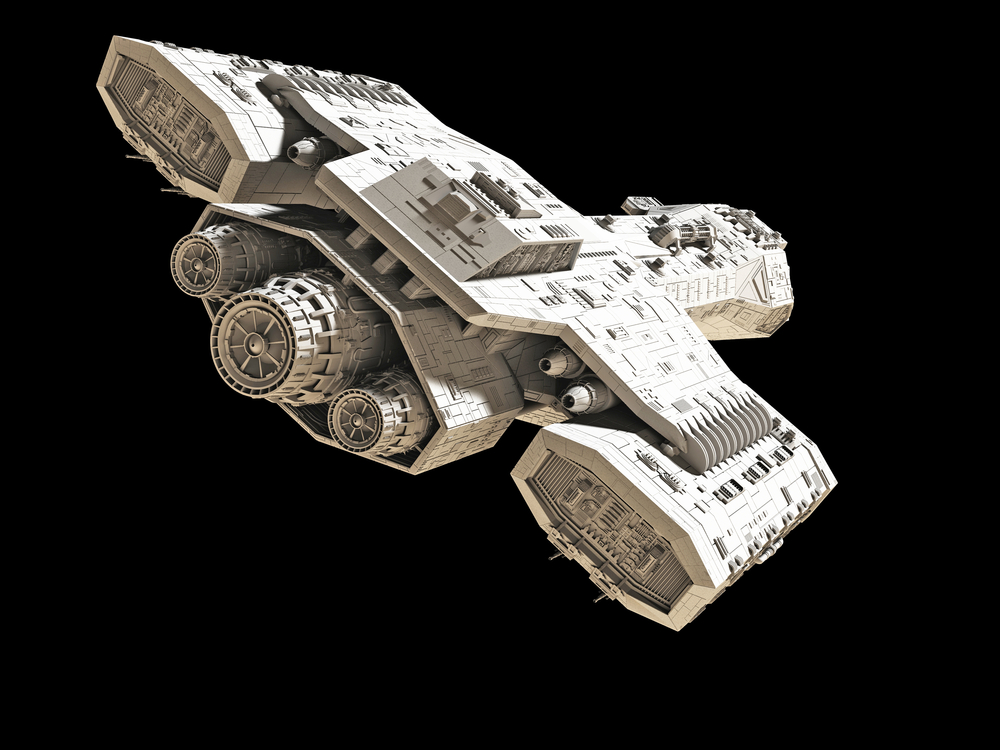 A Lysander-class shuttle configured with additional port and starboard troop pods. With the additional pods, this Lysander’s carrying capacity is 750 Marines, all linked to the rapid-deployment system that starts to eject them before the pod doors have finished retracting. Image (c) Algol – Shutterstock

In subsequent articles, we will examine each support vessel type in turn [you can click on the class names in the list above of ships carried by Beowulf]. But first, to put these smaller craft into an engineering and construction perspective, below is an interview recorded in 2684 with Nathaniel Wood, who at the time was senior engineer at a Naval dockyard.

Nice and simple, that’s how the White Knights like their empire, and in terms of boat construction, that means a modular design with off-the-shelf standardized components. I mean, there’s other reasons too. Take the zero-point engine. It’s literally a black box. Dockyards will have thousands of them. They’re so plentiful we take them for granted. If they get damaged, we throw them out and slot in a new one. Build them from scratch, though? A very different matter. That’s not something the White Knights have ever explained how to do, nor will they.

Mind you, standardized parts slotting into a hull designed for modular construction makes perfect logistical sense. If I ruled my own empire, I’d do the same. Emperor Wood… now, there’s a name to inspire you! But seriously, can you imagine scores of dockyards each producing incompatible parts?

Here’s what would happen. Your flagship’s all ready to lead an invasion fleet when it develops a fault with its primary heat sink. In an empire without standard parts, you’d call back to your home dockyard. Yeah, sure, we’ve got spares. We’ll send them over straight away. Should get to you in about eighty years.

Well, of course you wouldn’t be so dumb. I suppose you’d carry spare parts with you, like a modern-day baggage train. Let’s hope you picked the right inventory.

Standardization has another consequence too. Back on old Earth, shipyards would outdo each other to put in incremental improvements, or occasionally try out completely new designs. There was usually steady improvement and occasionally it was rapid. Suggest changing anything in the White Knight supply chain and see how they react. If you stuck me in a timewarp and whirled me back ten thousand years to a dockyard in a distant system, I’d still recognize all the parts, and how to bolt them together. Nothing will have changed.

The designs might be stuck. But they are good. Flexible too. You start off with a hull design such as the Stork, and swap modular components in and out until you’ve got a boat that fits your needs. You want your general-purpose shuttle to shoot back? Ditch some carrying capacity and swap for a missile battery. You want a fuel tender? Put a fuel-processing unit in the hold, add front fuel scoops, uprate armor, and add more tow hooks.

You say what you like about the White Knights – well, obviously I don’t mean that literally – but I reckon their boat designs are pretty impressive.