Greetings from Human Legion Lockdown HQ Being briefly in between projects, and temporarily not fit enough to write new stories (I think I had the Corona-bug – I was certainly in self-isolation for a couple of weeks), I finished off the second and final Human Legion boxed set, which several people had been bugging me to finish off. Just in time, as it turns out, because I’ve now started work on my fourth Four Horsemen Universe novel. As with the first boxed set, I added author notes and collected some short stories. Most of these were originally published in the Legion Bulletin a few years ago, but I tweaked all the stories and redid the notes. I can tell from my Amazon sales dashboard that most people who read my books are doing so through Kindle Unlimited. If that’s you, […]
Do you like it?0
0 Read more 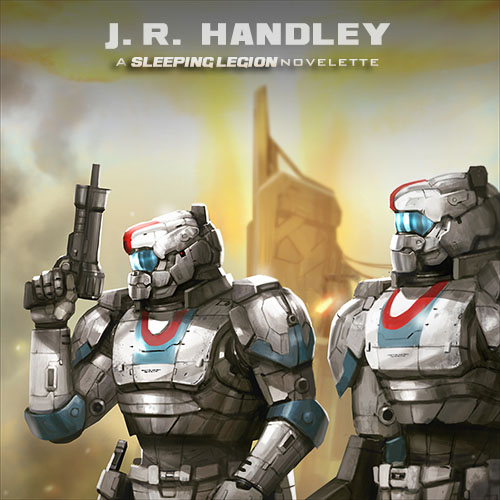 I’m lifting my head above the writing and publishing trenches for a few moments to  share some exciting news about an imminent new Sleeping Legion book launch, a new audiobook deal, and more. If you follow JR Handley’s blog, you’ll already know about a novellete he’s been working on called No Marine Left Behind. Well, he’s no longer working on it because it’s done. Written, edited, rewritten, re-edited, finished! It’s now just his publisher standing between this killer new story and the readers who will love to read it. Yeah, well that’s me, so I’ll be brief because there’s work to be done to bring this out. I’ll be doing the fancy book description when it launches, but the story features Marines left behind enemy lines and what they do about it. I don’t think I’m giving away spoilers when I say their […]
Do you like it?0
1 Read more