Outside of the Human Legion Universe I've written other novels and shorter length fiction, and continue to do so. Here's a selection of a few highlights. I've also appeared in several 4HU anthologies, which you can find on the Four Horsemen Universe page.

On Deadly Ground is an anthology of last stands. My story is Time Dogz and it tells the tale of the deseperate naval battle at Saturn Gate.

In Storming Area 51, I tell the real story behind Area 51. 4HU and Warhammer 40k cosplayers become gladiators in alien arenas under their team boss, President Kennedy from a timeline where the Cuban Missile Crisis didn't work out welll.

A reader asked me to write more orcs. So I did in From the Ashes. It's post-apocalyptic Mid-Bedfordshire with vampire deer and the last troopers of the Woburn Militia.

Backblast Area Clear was so awesome that one of the stories was nominated for the Nebula Award. Outrageously, it wasn't my one ;-) However, my entry (The Hero of Azoth-Zol) is one of my favorite stories and was the first published piece of Chimera Company fiction.

The Nebula Award nominee story from Backblast Area Clear was by Richard Fox and set in his Ember War series. The Nebulas are voted on by members of SFWA, a club of science fiction and fantasy authors I belong to. I had never previously bothered to vote for awards other than the Dragon Awards because the kind of fiction I admire most is not fashionable enough to get nominations. That year was the exception when I did vote.

My Area 51 tale has a character cosplaying as a CASPer from the Four Horsemen Universe. I asked the series creators whether it was okay. I think they thought it was cool, in a weird meta way, to have fiction in which their creation is cosplayed. It's not just background detail, though. The costume choice has unexpected consequences!

Time Dogz, the story in On Deadly Ground, was a tryout for a potential new book series. I enjoyed writing it so much that I went on to write the novels, preparing first by re-reading all the Dresden Files to get in the right mood.

Beta readers for my Area 51 tale asked if I had written more in that setting. I haven't. Not yet. But if you think I should, let me know :-)

My story in Backblast Area Clear was originally intended for the Galaxy's Edge series by Jason Anspach and Nick Cole. I got my wires crossed and thought they might be making a call for anthology stories. It was far too good a story to leave on the shelf. In fact, it's probably my favorite short story.

These anthologies are released as Kindle books and paperbacks. I've listed links to the paperback below because after a set period, the eBook is discontinued (due to various rights shenanigans). 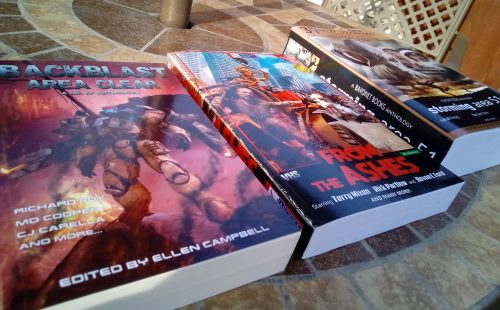 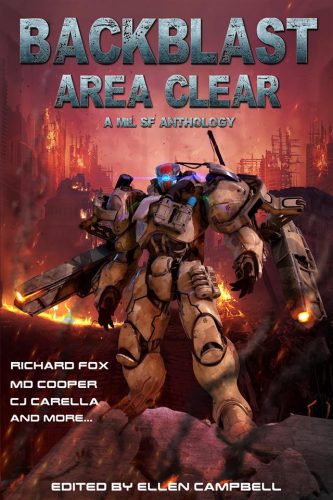 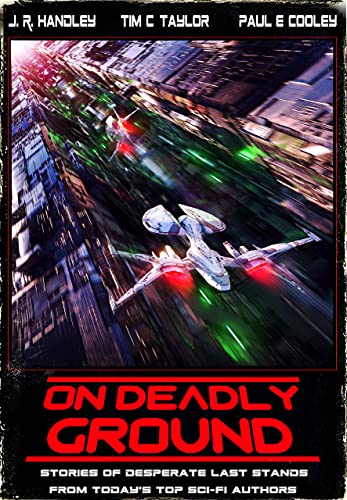 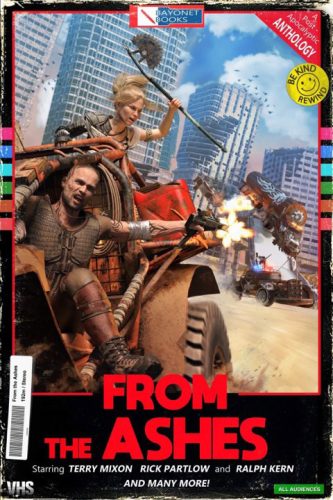 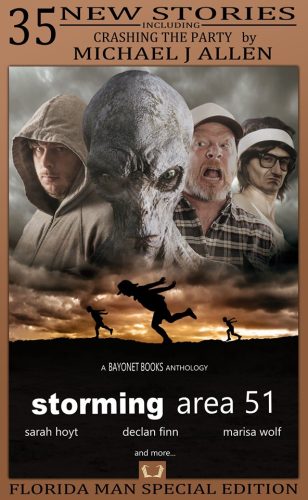 We Dare: Wanted, Dead or Alive

Karnage Zax is a mutant bounty hunter with pre-cog abilities. Together with Itka Jowiszka, his cyborg sidekick, he knows how to move among the scum of the galaxy because he’s one with them.

The hunter and the hunted. Sometimes it’s tricky to tell which is which.

Read my story 'FRAKKERs' in 'We Dare', a themed anthology on bounty hunters and the hunted.

We Dare is available in paperback and Kindle editions. I believe an audiobook is on the way (July 2022).

'The Sussex Job' is a caper story set in England decades after The Fall.

Something valuable needs stealing to order. SomeONE, in fact. The Duke of Sussex, the last living royal.

'The Last Brigade' is a fantastic novel series telling the tale of a secret US military unit that wakes up 50 years after the fall of the US and tries to piece something together from the wreckage.

Standing Fast on Foreign Shores is an anthology of what happens during or after the Fall outside of America's borders. Each story tackles a different country. Mine is England; there's also one in Scotland.

Standing Fast... is available in paperback and Kindle editions. 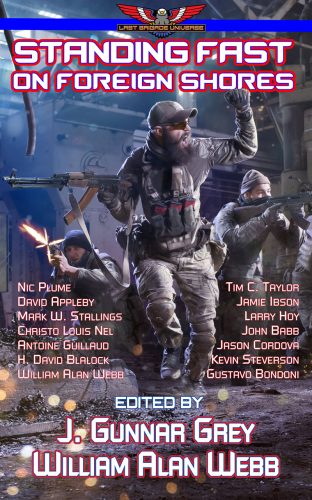 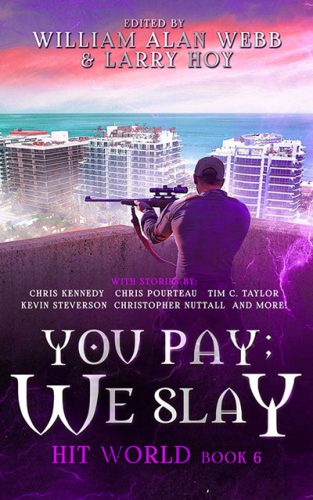 This is set in the Hit World universe, which is similar to our own except that licensed assassination is legal. And there are aliens and magical creatures.

In my effort for this anthology, Being Cassidy Dupuis, I deliberately avoided any science fiction and fantasy angles. Just human beings, albeit extreme ones.

You Pay; We Slay... is available in paperback and Kindle editions.

In Titans Rising, writers and publishers of science fiction & fantasy talk about their background, what they think they did to be successful, how science fiction publishing is going to change, and good stuff like that.

There are loads of contributors. Kevin J Anderson, JN Chaney, and Toni Weisskopf of Baen Books are just a few.

It’s in Kindle Unlimited, so any subscribers to that scheme can grab it for free and just read the bits you fancy.

Titans Rising is available in paperback and Kindle editions. 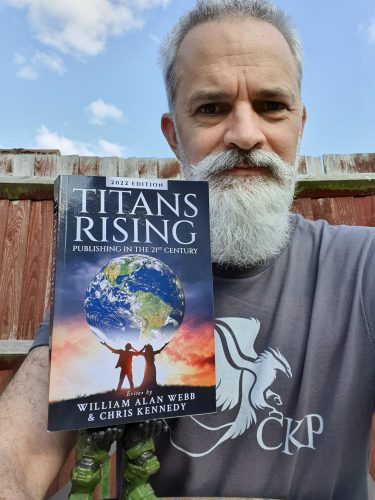 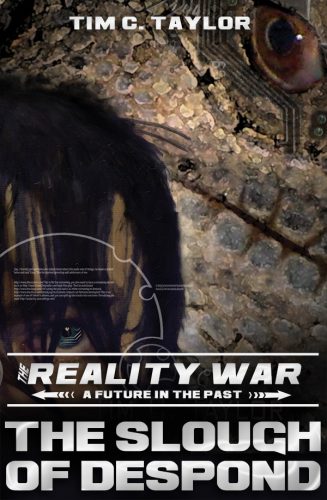 Originally published in 2011, I rewrote them in 2021 to better fit in with the rest of the Human Legion Universe.

The two books tell a tale of time travel shenanigans. They are also a science fictional re-imagining of John Bunyan's The Pilgrim's Progress.

The two Reality War books are available as paperbacks and as Kindle editions to buy or borrow through Kindle Unlimited.

It Takes All Kinds

This is an anthology set in Kevin Steverson's Salvage Title Universe, a fast-paced space romp in a vast setting that features a huge number of alien races.

And it's in development to become a movie!

My story is Laney's Logistics Ain't Recruiting, which centers a young alien on a work placement with a human-owned operation.

Audiobook is forthcoming as of Sept 2021. 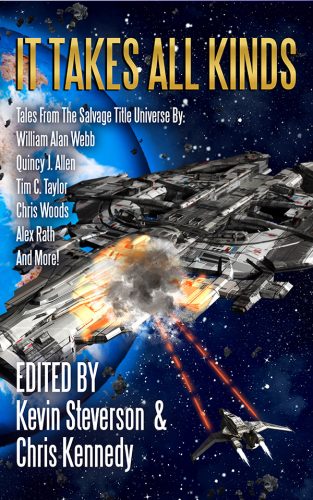 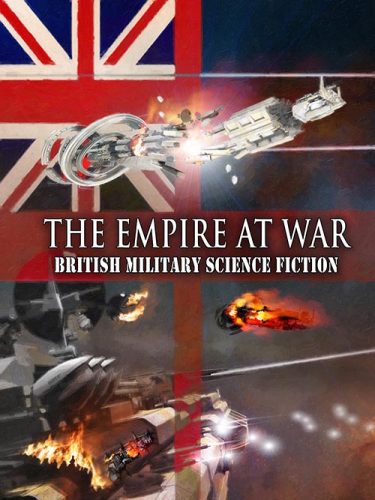 The Empire at War

The Empire at War is a multi-author collection of military SF novels plus short stories (one of them fully illustrated) and articles.

There are short stories by Paul Corcoran, The President's Son by me, The opening chapters to the book Phillip was working on (but sadly Phillip's since gone quiet), and Fallen Witness, a short story by me that's illustrated by Andy Bigwood.

Finally, there's a couple of articles from me about the state of British military SF as I saw it in later 2015.

There is a paperback and a hardback edition, both of which have color interior to get the most from those illustrations.

There used to be a paperback and a Kindle edition too. I'll check with the publisher because they don't seem to be available at the moment.

Based in Panama City, FL, the Adventures in the Arcane Syndicate have delivered stunning pulp adventure anthologies over the past few years. In 2018, they opened things up to more authors in the Lovecraftian madness that is the Cthulhu Edition.

My entry in this anthology is set in Small Heath, Birmingham, England in 1925, on the road where I used to live. I saw many strange sights and often took the train into the city from Small Heath Station, but I never darted to ride it all the way back to Royal Leamington Spa. This story explains why.

Available in eBook and paperback editions with chilling illustrations for every story, you can find out more at Amazon US  |  UK  |  CA  |  AU  |  DE 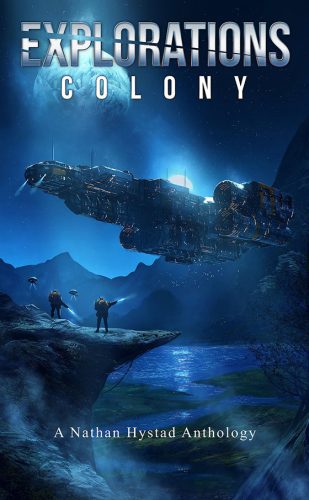 'The Light of Distant Earth' is my novelette in this anthology of 12 leading authors, including Amy DuBoff, Scott Bartlett, and Dennis E Taylor, famous for 'We are Legion (We are Bob).

My story follows a desperate colony fleet pushed to the very edge of the spiral arm by implacable aliens. Yet even in the depth of despair, sometimes you can light a beacon of hope.

I’ve enjoyed the Explorations series of anthologies since the first one came out summer 2016. It’s classic space-oriented science fiction adventure with more than a passing nod to hard-SF. The series is loosely script edited by series supremo Nathan Hystad, and written by a range of authors but principally by the new wave of successful indy SF novelists. Like my 'For a Few Credits More' anthology in the Four Horsemen Universe, the stories are novelettes – a size in between short stories and novellas. I think that’s perfect for an anthology set in a shared universe, and I also think it’s a size that suits my writing style.

The anthology was published by Woodbridge Press in 2017.

The Earth... lost. But humanity must survive. Somewhere.

When I wrote my story, I tried to channel my sense of wonder from reading Arthur C. Clarke as a kid. My story title is a homage via Clarke's novel, 'Songs of Distant Earth'.

Talking of Arthur C. Clarke, I used to work as a book designer, and one of the first eBooks I produced was 'Fables from the Fountain' (2011), a collection of fantastical shaggy dog stories told or set in a fictitious London pub, and very much a homage to Clarke's similar book, 'Tales from the White Hart' (1957). I've not read Clarke's original, but Fables from the Fountain is one of my favorite short story anthologies, and with the likes of Stephen Baxter and Neil Gaiman telling the stories it felt exciting at the time to be involved.

You can see a preview by tapping on the cover image or following this link.

I also have stories in various anthologies, but check the na 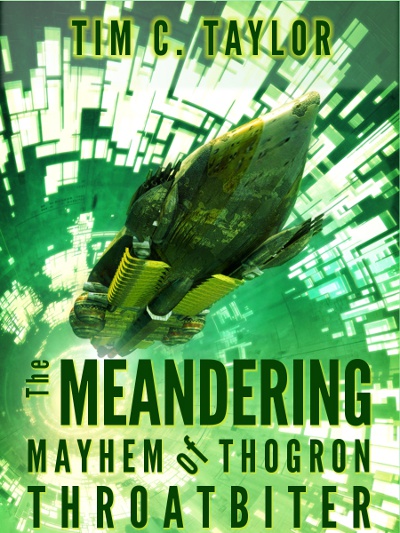 mes as some stories appear in more than one. I'm in Total Conflict (I did the cover design for that) and the same story in Further Conflicts (which is an amazing cover by Andy Bigwood and nothing to do with me). I wrote a story called 'Hill 435' for Crises & Conflicts, but if you're a signed up Legionary, you can get it for free so buy the book if you like, but not for that story. Also, Shoes, Ships & Cadavers and a bunch of print magazines from when I was starting out. The very first story I had published was called Themistocles, which won a short story competition in 2002. It was the origin story for the Human Legion. I had another Human Legion Universe story in a print magazine back in 2003 (Aoife's Kiss), and one in a defunct online magazine (HardSF.net) in 2005. Neither of those involved the Human Marine Corps – it's a big galaxy!

I published a bunch of stories with Greyhart Press under my own name (many now de-listed while I'm thinking what to do with them) and YA fantasy/ SF stories with The Repository of Imagination under the pen name Crustias Scattermush. I'm still very proud of those.

One of the earliest short stories I wrote (in 2002, I think) still stands the test of time and is my favourite title. Sometimes it's free and sometimes it's 99c. The vagaries of Amazon, but you can see it here.

By the way, when I started being published, I decided to call myself professionally Tim C. Taylor.  I added the initial (it stands for Charles) because there were other Tim Taylors who published before me. Unfortunately, a decade later an Australian author started publishing as "Tim C Taylor" without the period. A lot of retailers and search engines think we're the same person. It's just one of those things and I don't think many people buy his books thinking mistakenly that they're mine. Anyway, if you see any of the books on this link then they're nothing to do with me: https://www.smashwords.com/profile/view/TimothyCTaylor  (BTW: I'm sure you wouldn't, but just to be clear, I'm pointing out this other author to avoid confusing us; please don't send him abuse!)