SPOILER CAUTION – This entry describes the political situation developing by the fifth book in the Human Legion series: War Against the White Knights

Category: History of the Legion

The Human Legion grew to become something much larger and more significant than its originators ever conceived, but its origins lay in the Human Marine Corps and its depot planet of Tranquility. The humans were slaves, and their Jotun officers were also slaves, albeit more elevated ones. This was a standard part of the White Knight strategy for regional dominance: vulnerable worlds, and those conquered by other factions, would beg for the White Knights’ protection against an extremely dangerous galaxy.

White Knight vassal worlds were allowed a semblance of autonomy to run their own affairs so long as their economic, military, and scientific endeavors were bent to the will of their overlords. Indeed, in comparison with invasion, occupation, or destruction at the hands of other strong species, the legally binding terms dictated by the White Knights in return for their protection appeared extremely lenient.

The term ‘White Knight’ is a human one, and comes from humanity’s own introduction to the brutal realities of not being alone in the galaxy. In the series of treaties known as the Vancouver Accords, the human race signed away many cherished freedoms – and a million of its children – in return for patronage from these powerful protectors who had chased away the rivals who had enslaved, occupied, and destroyed as they saw fit across the face of the Earth. Despite some harsh terms, the Vancouver Accords were popular at the time, and the White Knights were given their name because they appeared to be shining paladins who had ridden to humanity’s rescue.

Either way, civil administration was always heavily constrained by the need to fulfil the terms of agreement with the White Knights, and as for the slave soldiers of military organizations, such as the Human Marine Corps, the White Knights made no pretense of caring about the liberties, rights, or welfare of those who fought in their name.

Civilian worlds could provide the luxuries of civilization, such as healthcare when you are sick, and provisions to care for those too old to look after themselves. There was none of that in the Human Marine Corps. You were useful, or you were dead. Marines did not retire. There were no old or frail slaves. If you were unable to perform your function, the resources you consumed – accommodation, food, air – were reassigned to someone who could. And with the genetic modifications, and social conditioning that encouraged rapid breeding, combined with mass-produced cryogenic facilities, there was always a ready supply of replacements ready to be thawed.

All of which created a serious challenge for the Human Legion. For the citizens of planets the Legion had liberated, who lived their lives one day at a time without cryogenic suspension, the Civil War seemed endless: a conflict that had endured for many generations, and was fought far away. These people expected rights and welfare, and a say in their own government, and they demanded it of a Human Legion led by escaped slaves who had no personal experience of any of this.
Arun McEwan referred to this as the Second Front: the struggle to produce stable and peaceful worlds in the wake of military liberation, while all the time contributing to the Legion’s war effort, and paying lip-service allegiance to the White Knight Emperor.

In many ways, this Second Front was fought as hard if not harder than the war of lasers and bombs and warships. And the consequences of that other war were felt long after the Civil War had ended. 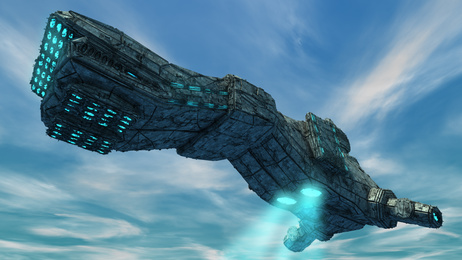 Most of the worlds liberated by the Human Legion had been under the control of the White Knights for longer than Homo sapiens had been in existence. There was much the Legion found itself responsible for: healthcare, taxation, law and order, economic and industrial production geared to the needs of the Human Legion war machine… Liberty was a powerful concept to those who fought in its name, but the implementation of liberty was a perplexing challenge that often seemed impossible to achieve.

Further, those in the Legion who freed worlds all followed the legal story that they did so in the name of the White Knight Emperor, temporarily administering the Imperial fiefdoms until such time as they could be returned to their lawful owner. And yet, underneath this legal fiction bitter rivalries soon emerged between the constituent races of the Human Legion, and other forms of division.

What if this legal fiction became a reality? What if these worlds were freed from direct White Knight rule, not merely for the few centuries in which the Civil War was expected to be fought, but permanently? Whose worlds were these to be? The Human Legion was a military machine and an ideal, but ideals alone can’t run planets. Would this ‘liberty’ prove to be nothing more than a honeyed word for military dictatorship?

The Legion’s answer to the question of who should control these worlds was tied up with another new problem: what to do with the Legion’s wounded and elderly? In addition, the war did not always go the Legion’s way, and so there were mass evacuations and migrations in a region where starship manufacture, propulsion, and cryogenics could all be produced cheaply. Where to settle these people?

The Human Legion’s answer, in what was soon termed the Human Autonomous Region, was to allocate worlds to specific species. This assignment was undisputed for planets that had birthed a species – such as the Littorane homeworld, which was reserved for Littoranes – but many worlds had been terraformed and then colonized, and control of these planets was hotly disputed. The Littoranes argued that their contribution to the war effort in shipbuilding and military personnel was greater, and their reward should be to expand their influence to new worlds. Look at the Hardits, they would say. Left to their own devices on low gravity moons and underground, the Hardits kept themselves to themselves, and most importantly, kept the peace. Allocate a world to one aquatic species, one underground species, and one land dweller: that was the Littorane recipe for peaceful coexistence within the Human Autonomous Region.

Most races fought hard against the superficial allure of the Littorane idea, seeing within an expansion of Littorane power at the expense of their own. Most species by far were land dwellers.

The axis of power within the Human Legion had always been the alliance of Littoranes with the humans whose ancestors had evolved on Earth. The question of world allocation was the first major cause of friction between these two, with the humans instinctively siding with the other land dwellers, while desiring to compromise with the Littoranes.

The result was that worlds were typically allocated two or three primary land-dwelling species, with many, but not all, also allocated aquatic species and underground dwellers.

Those who had survived a career in the Legion were offered land, money, and transportation to settle as reservist-colonists on allocated worlds. Those whose homeworlds were within the Human Autonomous Region (HAR), were offered settlement on the homeworld if they chose, often against the wishes of the civilian authorities. Many who settled on their homeworld regretted doing so, discovering that millennia of genetic modification and indoctrination had created an unbridgeable gulf that separated them from the inhabitants of their ancestral worlds.

Even while the war still raged, a division grew within the HAR between the long-civilized homeworlds and the frontier worlds that within a few short decades had transformed from long-established mining posts and military depots into fractious multi-species worlds of reservist-colonists and their descendants.

While the Civil War raged on and the future for all worlds in the HAR remained so uncertain, the need to support and resupply the Human Legion in its bid for liberty proved just enough of a unifying force to these worlds to function in peace. But long before the war ended, under the surface of that peace, rivals jostled for position and made their preparation for the war’s aftermath.