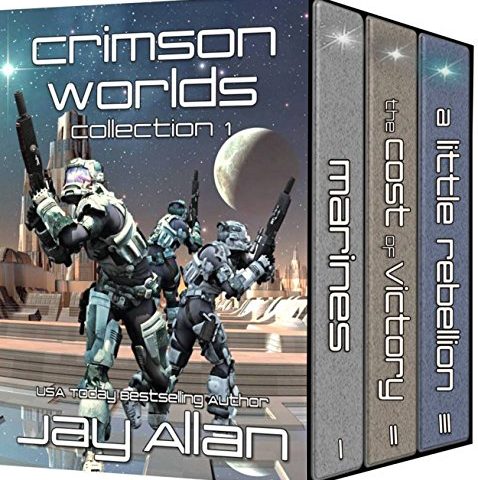 Military SF fans have probably heard of Jay Allan, who has been busy working on his new series for Harper Voyager recently (Far Stars) and most recently his new series Duel in the Dark that came out last week (kicking off at 99c). Jay started off with self-publishing the Crimson Worlds series, which I remember reading as they came out. Good fun and  a more strategic view of the military campaign he describes than most authors use. Last thing I heard, the series had sold 800,000 copies. Not bad! I mention all this because there’s a compilation of the first three books that’s free. At least, it is today and it is in the US and UK. I can’t speak for other regions and it might not be free tomorrow. If you haven’t read one of military SF’s big stars then you might want to try it out. Do check the price first!

Grab Crimson Worlds 1-3 from amazon.com  or from  amazon.co.uk 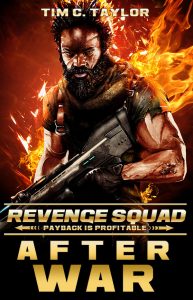 Unfortunately, my own plans are a little delayed as I’ve not been well. I had hoped to put the first Revenge Squad book out for the recon teams to look at today, but I’m not going to make it. I’m very close. I call it ‘the first book’ because it’s changed title several times. Currently, it’s called ‘After War’. If you’ve joined the Legion, you will be invited to take a look at the recon edition early next week. That’s NJ McCall on the front cover and he’s looking a little vexed because he’s eager to get his book launched, and not at all because his farm is burning in the background. If you knew much about McCall then you’d appreciate that I don’t plan on keeping him waiting.