I’m a great admirer of author PP Corcoran, author of the Saiph series and who is now working on another military SF series. We worked together on the Empire at War anthology. He’s just been interviewed here by SFFWorld and it’s worth a read.

The Empire at War includes (amongst other great things) the first Saiph novel and also the first Human Legion novel, so if you haven’t yet dipped your toe in either series, this is a good way to do so.

You can read the start of The Empire at War online straight away by following this link, or check out the Empire website here. You can find out more about Mr. Corcoran at his website: www.ppcorcoran.com

In other news, I’m hard at work finishing off the first Revenge Squad novel and have been discussing the final and sixth Human Legion novel with Ian Whates. 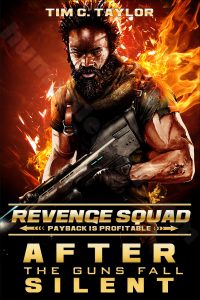 Maybe will change the title of this book, but no power in this universe can stop NJ McCall appearing later this year.