Breach Team breaches the top-100! I was so pleased last night to see Human Legion Universe alumnus, JR Handley, has broken into the top-100 science fiction bestsellers on amazon.com with a standalone novel collaboration with Chris Winder called Breach Team. Unfortunately, by the time I got around to typing this, the book’s slipped out again. That’s the way it goes, sometimes. Let’s hope it peaks once more.

I’m about two-thirds through reading it myself and enjoying it very much. If you liked JR’s Sleeping Legion novels then you will like Breach Team. Reminds me of Demons of Kor-Lir.

So, well done to Chris, but especially to JR because we know him so well from his Human Legion Universe stories. I’m proud of you.

(Don’t make the mistake, by the way, of thinking JR has completely finished writing the adventures of Lance Scipio and friends…). 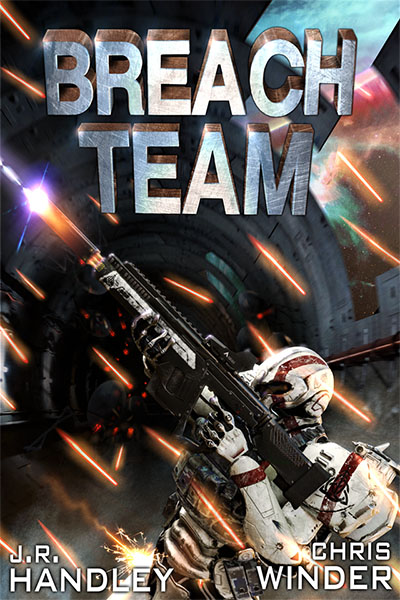 JR and Chris have much more in the pipeline that I can’t announce just yet. I have plenty going on too. Chimera Company is my current project and I’ve written 12 issues so far, including prequels. I’m planning to launch January, and today I’ve taken the day off writing to prepare in other ways. Such as this website, which I’m redesigning to share more about Chimera Company.

I’ve also created a Chimera Company Facebook Group. If you want to hang out and read the pre-release issues as they come out, the invite is in Legion Bulletin #51, which you can read by joining the Legion here.

“When’s the next Revenge Squad novel?”

“When are the other Human Legion audiobooks coming out?”

“When are you going to write more Four Horsemen Universe?” (4HU)

It feels great that I’ve been asked all of these questions in the past few weeks (nothing worries a writer more than having no one talk about their books). Unfortunately, I can’t always give the answers people want. Anyway, if you’re pondering any questions like these, here goes with my working plan for next year.

Chimera Company will be released on a weekly basis from late January. Once Season 1 is out, I’ll do an omnibus edition for those who want to read it all in one go, and then move straight onto season 2. 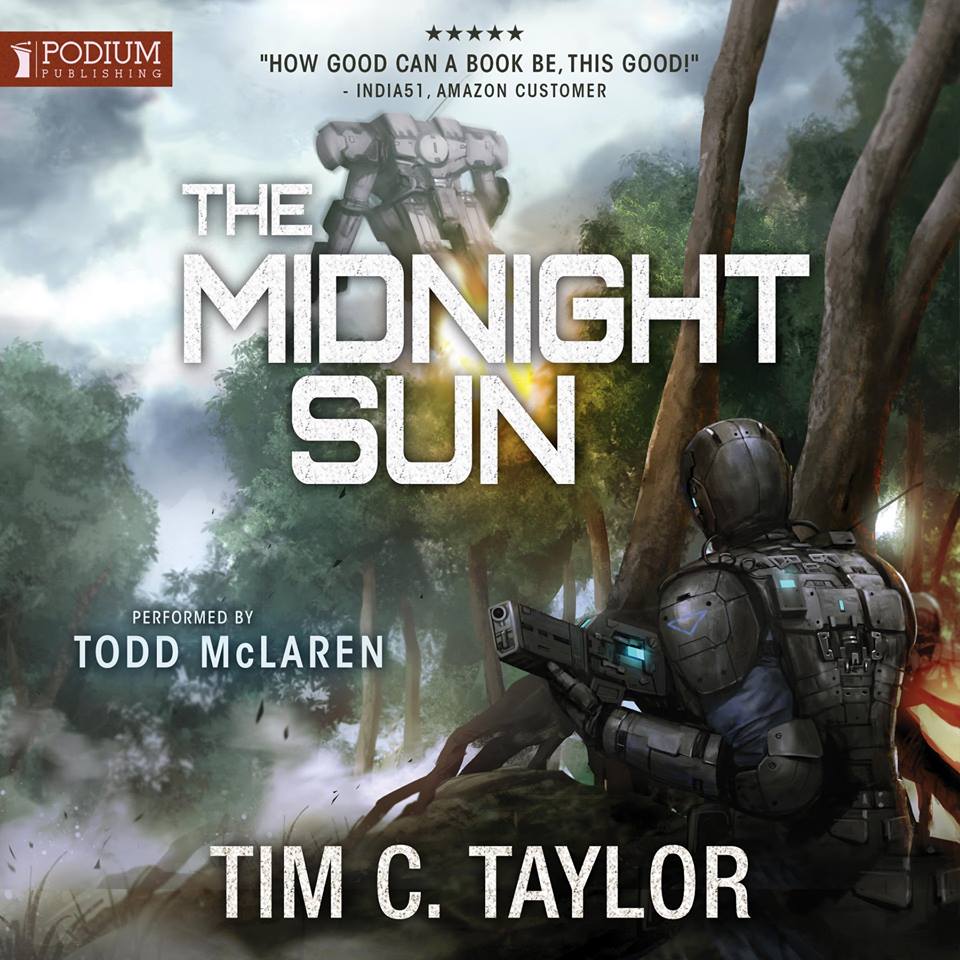 I’m eager to write more 4HU because wearing a mecha suit and blowing things up is fun, as is writing a company commander and an ancient warship that get on well because they’re both so unhinged. Obviously, I don’t own 4HU and have to come up with ideas that I can pitch successfully to Chris & Mark (who do own it). Nonetheless, the invitation for me to do so is there. Ideally, I’d be alternating Chimera Company seasons with 4HU novels, but there are a hundred reasons why that might not work out. We’ll have to wait and see.

I will write one more Revenge Squad novel, at least, but that’s unlikely to happen in 2019. Sales have picked up a little in the past six months, but Revenge Squad is still selling poorly. I have to be putting food on the table before I can easily justify taking time out to write a novel that won’t sell. Ironically, for the least successful commercially of my recent project, Revenge Squad has the strongest fans. I had planned many more RS books, and was laying a trail that would lead to a second season I was going to call Revenge Squad Independent. I may still do that, rebooting the concept from scratch and concentrating on the potential for pure adventure in the core Revenge Squad concept. That won’t be 2019, though.

Currently, Human Legion audiobooks finish with book 3: Renegade Legion. If sales of the Legion pick up further (and they have sold much better this year than last) then I will look to publish the remaining four audiobooks myself. (Not, in case you’re worried, by reading them myself!).

I also want to rework the Reality War books. They weren’t written as military SF or space opera, which is why I barely mention them. But they are absolutely Human Legion Universe novels, and I want them to play their full part one day.

So there are some maybes and would-like-to-dos. What I can say definitely next year is that I will put together deluxe boxed sets of the Human Legion. These will have authors notes, artwork, articles, and bonus stories, some of which have been published in the Legion Bulletin and some not.

Lots to do. But it all starts with the weekly dose of space opera adventure every Tuesday. 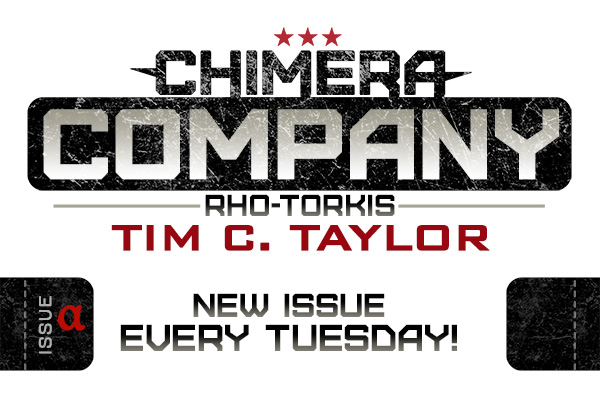