I’ve been published in a British-themed multi-author boxed set, which is available for Kindle pre-order now at a ridiculously low price and will be available on general release on Friday 5th Feb. We’re working on a coffee table edition and there is likely to be an edition for iBooks, Kobo, and Nook later in the year.

It features novels from myself, Christopher G. Nuttall, Phillip Richards, and P.P. Corcoran, and artwork from BSFA Award winner, Andy Bigwood.  My novel is ‘Marine Cadet’ – which you probably already have, but if you haven’t this is a good way to get started with the Human Legion. The idea is that you can pick up the box set for a song, try a few novels (all of them military SF bestsellers) and then carry on with any of the series you like. Well, that was the plan but Chris Nuttall’s book (Their Darkest Hour) hasn’t got a sequel yet, although if you like his writing then you will be pleased to learn that Mr. Nuttall has been known to produce other series (he’s written 61 novels in 5 years).

There’s bonus material too. From me there is:

The President’s Son – a short story featuring the children taken from Earth by the White Knights and their servants.

Fallen Witness – an illustrated short story not connected to the Human Legion.

SitRep – an essay on the state of British military SF, that also talks a lot about American and world science fiction too. You can click on the picture for purchase links, but there’s loads more to look at and read at the website the publisher has put together here.

And if you are in Kindle Unlimited, then you can borrow and read the whole lot for nothing. What could be better than that?

Well, actually… this… all the contributors to this book are hoping to be at Mancunicon (EasterCon 2016) in Manchester, England over Easter, where Andy’s illustrations will be displayed and we will be doing book signings. I hope to meet some of you there. 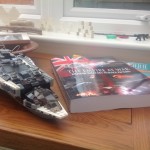 With my son’s latest Lego construction 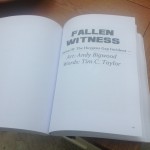 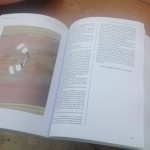