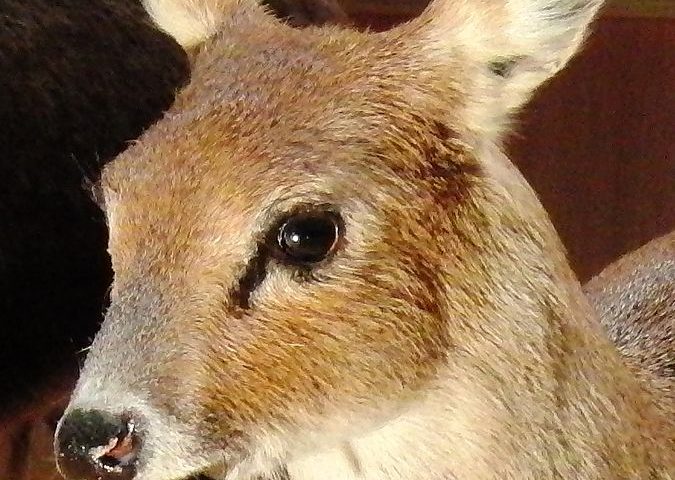 I recall at one of the first science fiction conventions I attended, author Ian Watson replied to the question “What work are you doing at the moment?” by saying he was reading a book about clouds. He explained that he would pick up ideas from every source imaginable and anything could be research. He was reading about clouds because they were interesting. Maybe something he read there would turn up in a novel. And maybe not.

That’s a pretty cool concept if your job is an author because you can explain away anything you do as research.

So it turned out to me last weekend. Once a month I take my son to Bromham Nature Club, usually held at the old village mill. This month we had a visit from the Mammal Man. Not only did we enjoy a talk from a man who was also a mammal, but the Mammal Man is so named because he had boxes containing the skulls of every wild mammal in Bedfordshire (except bats, for some reason – and he was at pains to point out that nothing was killed for the purpose of collecting their bones). So we had rabbits, otter, mice, and squirrels and all sorts of critters. We had the several varieties of deer living wild in Bedfordshire including Chinese Water Deer, which are known locally as vampire deer for some reason. 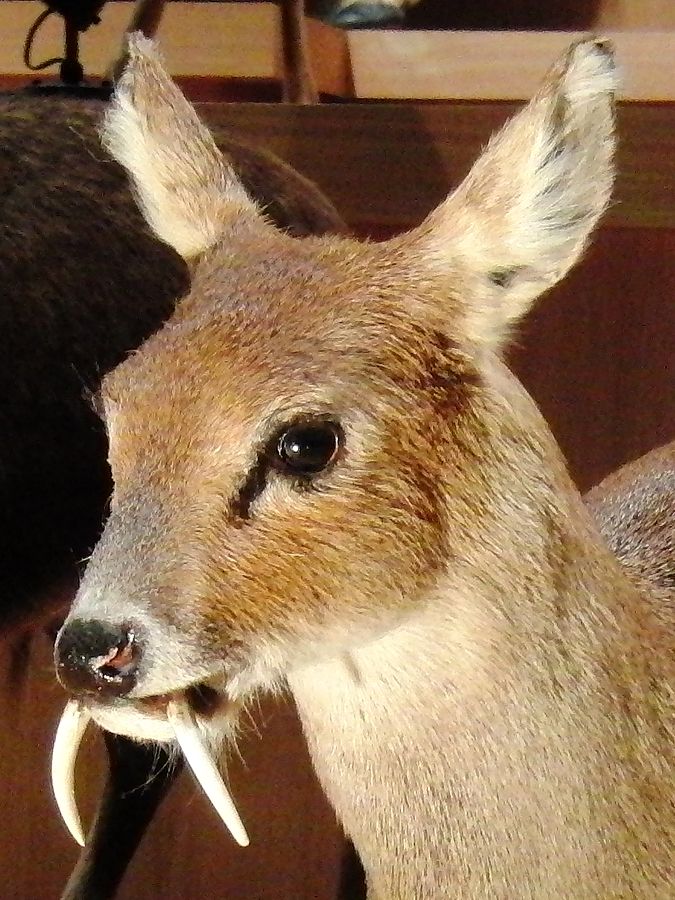 There are many varieties of rodent in Bedfordshire and my son asked a very good question of the Man-Mammal. “Why are rodent teeth red?”

I hadn’t realized that rodent teeth, particularly the fronts of the incisors are metallized with iron for additional hardness. In fact, it is more than just hardness because the front surface of rodent incisors are harder than the backs, and this helps to give them their sharpened chisel shape. When we got home I checked out our guinea pigs: Gandalf and Saruman. Sure enough, their incisors were that red-orange indicative of the presence of iron. It was more than just poor dental hygiene. In fact, it seems that if guinea pigs have white teeth it’s a sign of kidney failure.

Very interesting, I thought. I disappeared upstairs and ten minutes later had rewritten the scene where former Marine NJ McCall has to tear a chunk out of his own flesh using nothing more than his fingernails. Now NJ has red nails and rusty-red teeth because they are hardened and sharpened with iron. I dangled a half-serious hint in the Human Legion books that the Assault Marines have been gene spliced with Neanderthals. (JR Handley might even be developing that a little further in The Sleeping Legion…) And now I can reveal that Marines are also gene spliced with terrestrial rodent DNA. Their orange teeth and red fingernails are not the result of poor hygiene or dubious decoration but the reason why they are tough enough to slice through hide. Even Marine hide.

So there you have it. Even a talk from the Mammal Man to Bromham Nature Club can feed through into science fiction adventure. Ian Watson is proved right once again. 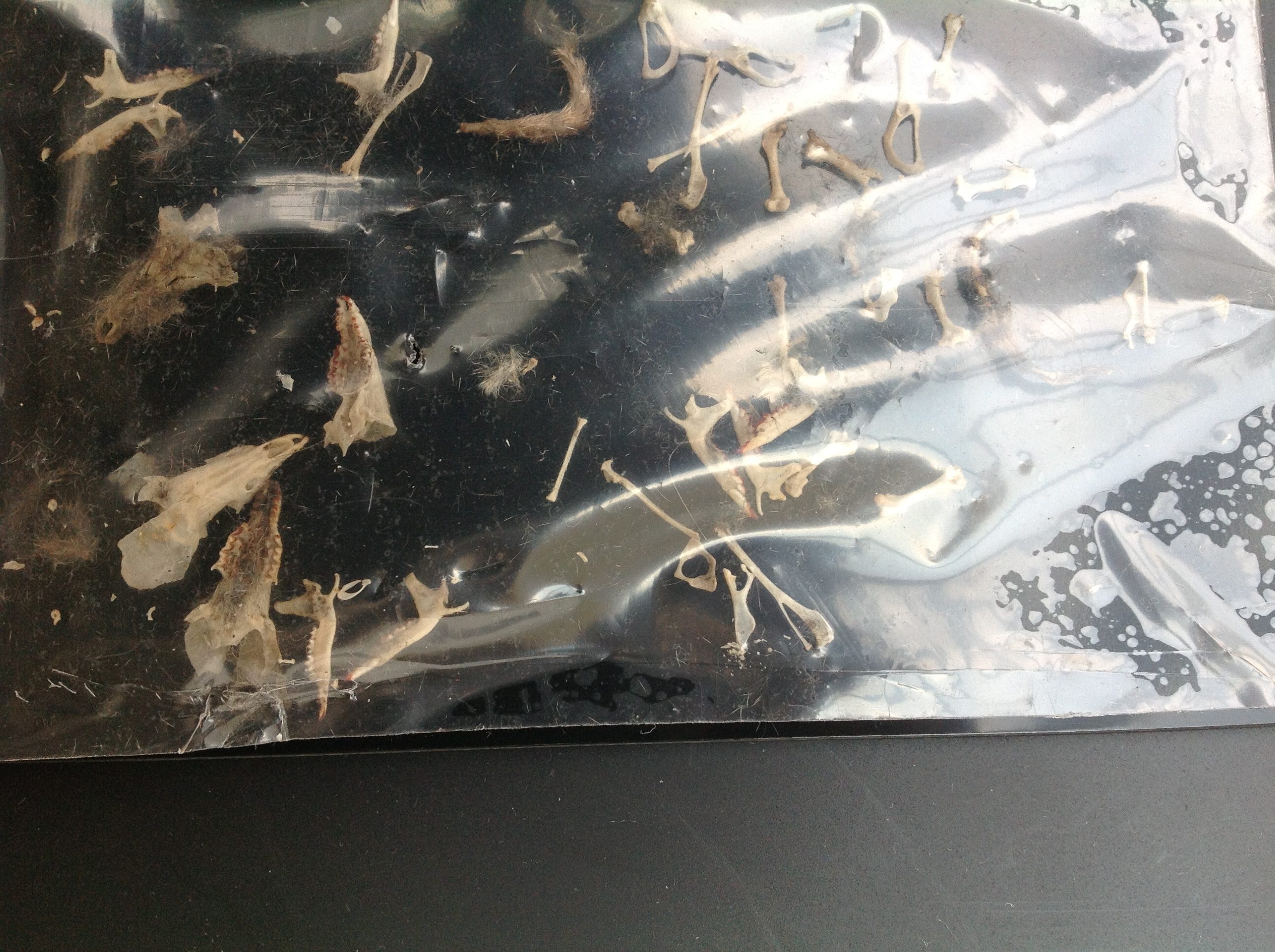 You’ve got to get your hands dirty at Bromham Nature Club if you’re a budding young naturalist! These are rodent bones my lad and I picked out of a Barn Owl pellet (owls regurgitate bones and fur in a pellet). The Mammal Man could tell at a glance what species the bones are from and these are all common shrews. Note the red teeth. Apparently, pulling apart owl pellets is an important tool for tracking local small mammal populations, as in: you can tell whether a species is present in your area because owls will eat it. 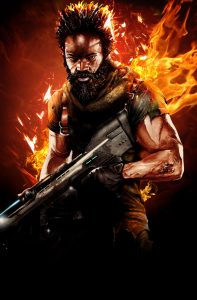 Don’t ask this man to brush his teeth.

NJ McCall appears in the Revenge Squad series, and often finds himself in scrapes so tricky that even metallized teeth aren’t always enough to get out. The first novels will be out in a few months, as will a free novella for legionaries (that will probably be a short novel by the time I finish it). You get an idea of what is like with this with this early draft of the opening chapter here…