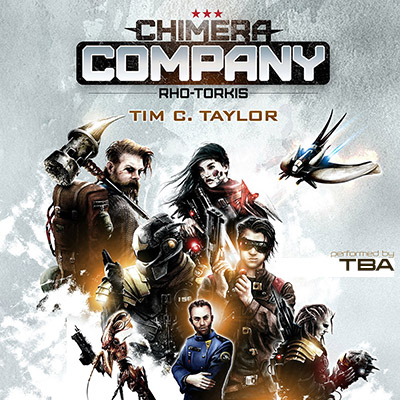 It’s the hottest thing in publishing.

It’s the savior of publishers seeing their eBook sales plummet.

I’m talking, of course, about audiobooks.

Personally, I’m something of a late convert, but recently, I’ve been running a lot more and when I’m not being chased by zombies (from the Zombies, Run! Game) I’ve started listening to audiobooks. At the moment I’m enjoying listening to Wraithkin by Jason Cordova.

But let’s bring this back to the Human Legion and the Four Horsemen Universe (4HU), where I’m bursting with audio news for you today. And there will be more later in the week.

First of all, I’ve been listening for some time now to a stream of Human Legion listeners asking when the later Legion novels will be coming out on audio. Well, I’m pleased to say the answer is very soon. I’ve signed contracts to produce the audios and preliminary work started this week. I’ll introduce the narrator properly in a day or so when I have all the bio material and the picture with his best hat and best swords. He’s got a wonderful voice and will be perfect for the part.

We’re doing audio for Chimera Company too. The plan is to have the audio ready at the same time as the boxed set. For those not familiar with Chimera Company, each season will be released as weekly issues (starting next month). Immediately following the final issue, I’ll release a boxed set of the entire season. (There’s more about Chimera Company here).

Finally, for Four Horsemen fans, the most recent anthology to feature one of my stories has just come out on audio. This is Tales from the Lyons Den and it features my ’Midnight Sun’ characters that I hope to be returning to in a few months. While the novels will always be the core of 4HU, I think the anthologies are the glittering jewels laid over the top, because they feature so many talented guest authors who love the setting as readers and eagerly explore new perspectives as writers. If you aren’t familiar with the Four Horsemen, but are interested to give it a try, Tales from the Lyons Den makes a good jumping off point.

If you listen to audiobooks at the rate that I do, that means you’ve just barely got time to listen to Lyons Den before I hope Human Empire will be ready 😊