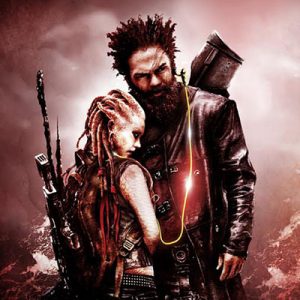 NJ McCall’s gotten himself into deep trouble again in a new novelette called Damage Unlimited. Set in the Naddox Archipelago, some 800 miles from his Revenge Squad base at Port Zahir (and where the gun laws are considerably laxer!), a forestry client activates their revenge clause when an unknown assailant slaughters every living thing at a remote logging site. The forest around here is an extremely dangerous place to be, but so too is NJ McCall. Some battles, though, can’t be won by GX-Cannon and railguns alone…

This story is going to be about 15,000 words (about an hour to read). It’s set between Hurt U Back and Second Strike, but is designed to be an introductory self-contained story.  I hope to finish it on Thursday and send out to a select recon team on Saturday. It’s a bit of a rush because on Sunday I take the family off to camp in the rain in Snowdonia. If you want to read an advance copy, send an email, tweet, or comment here or on Facebook. Thanks.

Talking of Revenge Squad. I apologize for Second Strike taking so long. I’ve allowed it to sit with the editor for far too long, but it should get launched next month. The new Revenge Squad lineup will have Hurt U Back on sale as book1, Second Strike as book2, with After War shifted sideways to a prequel because it doesn’t fit the same vibe as the other books. Damage Unlimited will be an exclusive introduction for members of the Legionaries, at least for now.

I don’t have launch dates for the final books in the Sleeping Legion and Human Legion series yet, but smart money is on October for both. 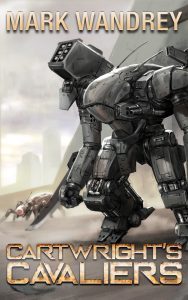 Before then, a real treat is coming out on September 15th. One of the most exciting science fiction series to come out this year is the Four Horsemen Universe by Mark Wandrey and Chris Kennedy. Having created a great series of books, they’ve then opened it up as a shared universe for other authors. JR Handley and Corey Truax, whom you will recognize as author and editor of the Sleeping Legion books, have a novelette in a Four Horsemen Universe anthology due September 15th called For a Few Credits More.

All the books are currently in Kindle Unlimited and some on audible.com, and I’ve read all but one so far and recommend them highly. You can find out more here.

There’s more Four Horsemen news to come, but that will have to wait until I’m back from vacation 😊