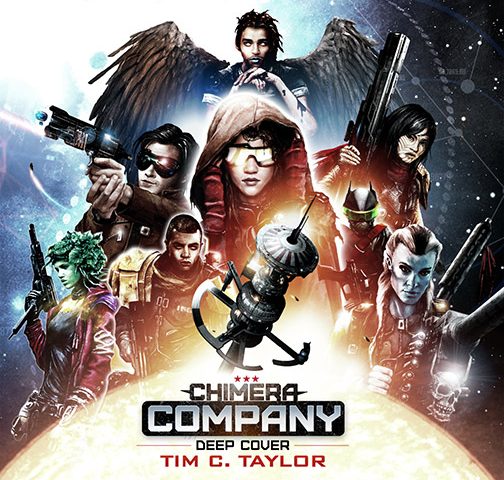 Chimera Company Season 2: Deep Cover was a blast to write, and I hope you took equal pleasure in reading the story unfold across all nine issues. If you were holding out for the end of season compilations, the eBook boxed set is available to buy or borrow through Kindle Unlimited. We also have a big fat paperback.

If you’ve not yet started with Chimera Company, there’s a deal on the first season of this space opera adventure until Christmas. And I just want to say a special thank you to Vincent Sammy for being such an crucial believer in Chimera Company and delivering such awesome artwork.

Next up from me, though, will be a race between a novelette in a post-apocalypse anthology where I take some advice from my readers and write about orcs (though not as you’ve ever seen them before), and a novel with a cover that looks a little bit like this:

If you’re a fan of the 4HU, why not come say hi? I’ll be at the Fantasci convention in Raleigh, North Carolina next March with Mark Wandrey, Chris Kennedy and a bunch of other authors you will have read and enjoyed.