I am delighted to welcome Corey Truax to the team. Corey will be taking over editing duties for The Sleeping Legion series by JR Handley. I’ll be withdrawing to take a series editor brief and allow Corey and JR Handley to work together to make these books pop. Before I introduce Corey a little more,  I’ll give you a quick status update because we’ve been a little quiet over the summer and I wouldn’t want you to think we’ve been slacking off! With kids off school and even a vacation, going quiet is inevitable, I guess, but we’re back in the saddle now. 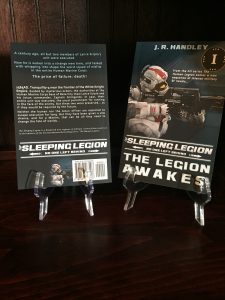 Many thanks to everyone who helped out with the Recon Team edition of The Legion Awakes, the first book in The Sleeping Legion. That’s nearly ready to go. A few tweaks and the bonus prequel novella, The Demons of Kor-Lir will also be ready (which will initially be available for Legionary subscribers only). The second novel, Fortress Beta City has had it’s first edit, and Corey is about to start editing the second draft. The third novel is already underway. We will launch the series when the first two novels are ready, which will be later this year.

This week I’m working flat out to finish the first draft of Hurt U Back, the bonus novella for the Revenge Squad series that looks likely to end up as a short novel. Like The Demons of Kor-Lir, this will be initially available for Legionary subscribers only. Then it will be back to rework the second draft of the first Revenge Squad novel, which is changing its name to After War. The second Revenge Squad novel is sketched out, and I am now writing some key concepts and scene fragments for The Battle of Earth, the final Human Legion book.

It feels to me as if we are in a long gap between releases, because my schedule for 2016 did not work out at all as I intended. But we’re working hard to bring you quality science fiction adventure, and while we enjoy winter 2016 and move into spring 2017, I’m expecting 7-8 book launches. Corey will play a key role in ensuring we deliver.

Talking of whom, now let me properly introduce Corey.

Corey D. Truax is a writer, editor, blogger, stay-at-home dad, and husband.  A veteran Navy combat cameraman and journalist, he has recently dropped his anchor on the shore of civilian life.  His wife, on the other hand, keeps them moving around the world as an active-duty Navy nuclear engineer.  When he’s not using a handheld dosimeter to scan his baby boy for radiation, he is dutifully editing, blogging, and writing.  Known as the Quintessential Editor on his blog page, Corey works to continuously improve and share his knowledge of the craft by offering writing tips to fellow scribblers every day.  He also owns and operates Quintessential Editing LLC., which focuses on providing structural editing services to authors. 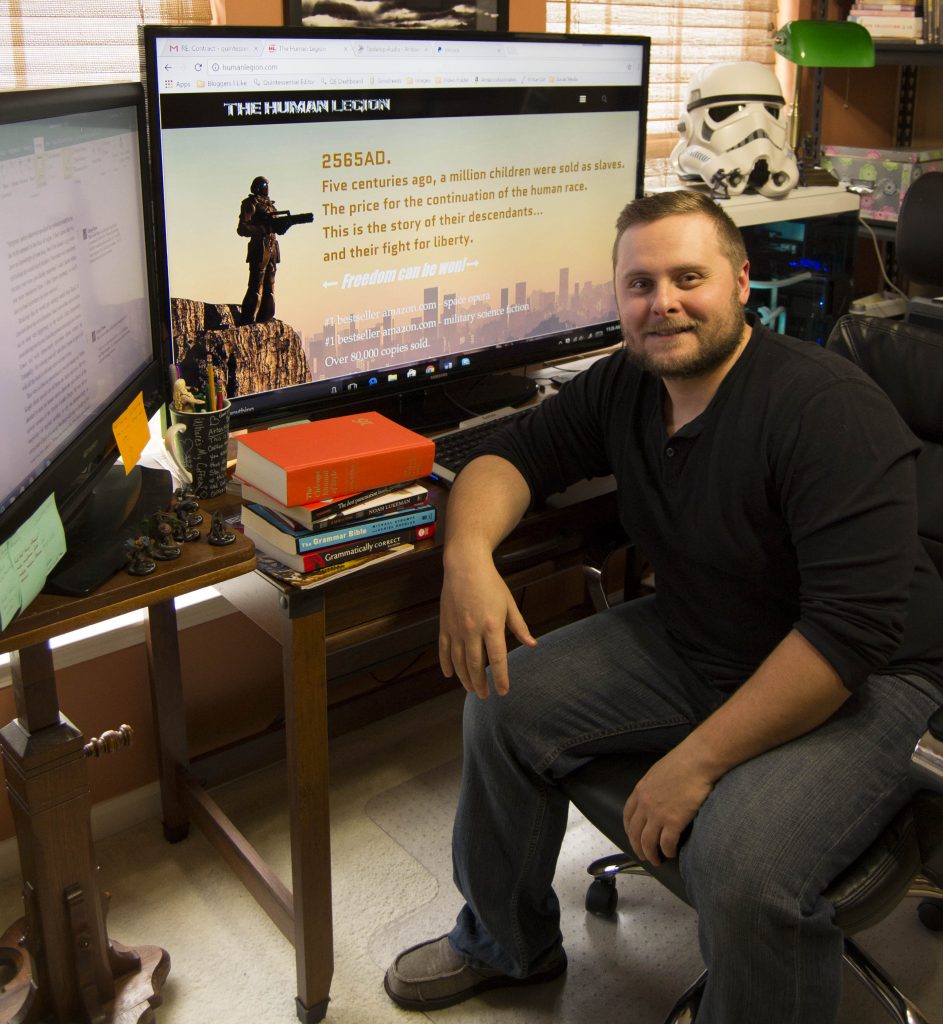 That’s it for now. You can find out more about Corey at quintessentialeditor.com and see bios of all the Legion team members here.