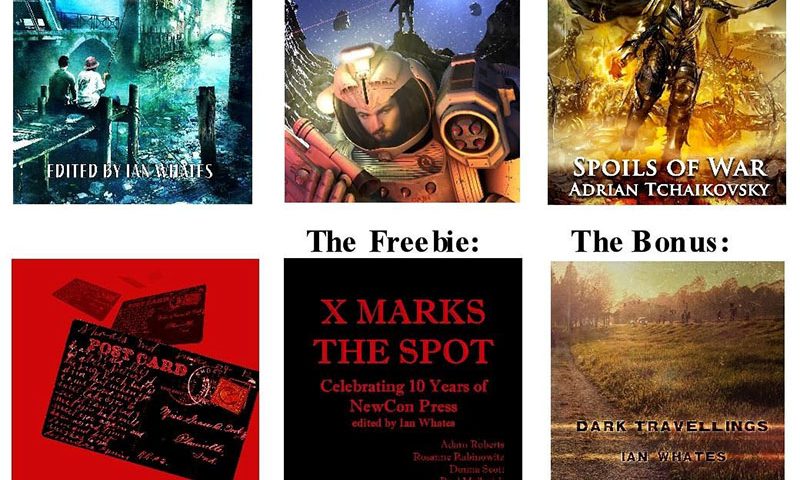 The Legion sign-up competition for an audiobook on CD was won by… Simon Glovebox. Simon, please check your emails or get in touch with a comment so I can get that sent to you.

Also a reminder to anyone in London, England this coming Saturday that I will be at the Star of Kings pub. There’s a whole range of events from 1pm to celebrate Newcon Press’s 10th anniversary including

I’ll be there all afternoon but I’m on at 4pm for the launch of Crises and Conflicts, an anthology of military SF short stories from many fine writers that includes a new Human Legion story. There will be plenty of authors and science fictional people there, including Legion co-author Ian Whates. Come along for a chat and a drink.

In other news, both myself and JR Handley have our heads down and driving towards the finishing tape of the first draft of our current novels (the first Revenge Squad and second Sleeping Legion books). We’ve decided to make a single but significant change to the first Sleeping Legion book. Once that’s done, we’ll be putting that out in beta. (I’m not ready to give dates, but it’s very likely indeed to be July).

To gain access to free beta editions of Legion books and join in with recon team feedback, you need to sign up to the Legion.