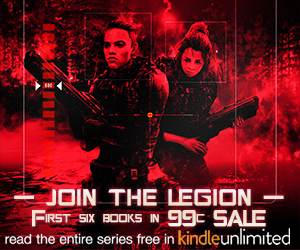 Here’s a quick update on the Battle of Earth Campaign. First of all, thank you to everyone who’s supported the Legion by buying and reading the books. I can’t do this without you. Sales are in the slow lane but the books are still selling. Just a reminder that if you like the books then you can do a lot to help determine whether they will be a success or not by leaving a review on Amazon, and if you post a link to your review here and tell me who your favorite Legion character is, I’ll enter you in the Battle of Earth prize draw.

A great surprise is that the older Legion books are starting to sell a little more: enough to get in a few Amazon charts. Here’s the view from the amazon.co.uk Galactic Empire chart this morning, which was also gratifying because I’ve met three of these authors in person, and chatted with a couple more online. 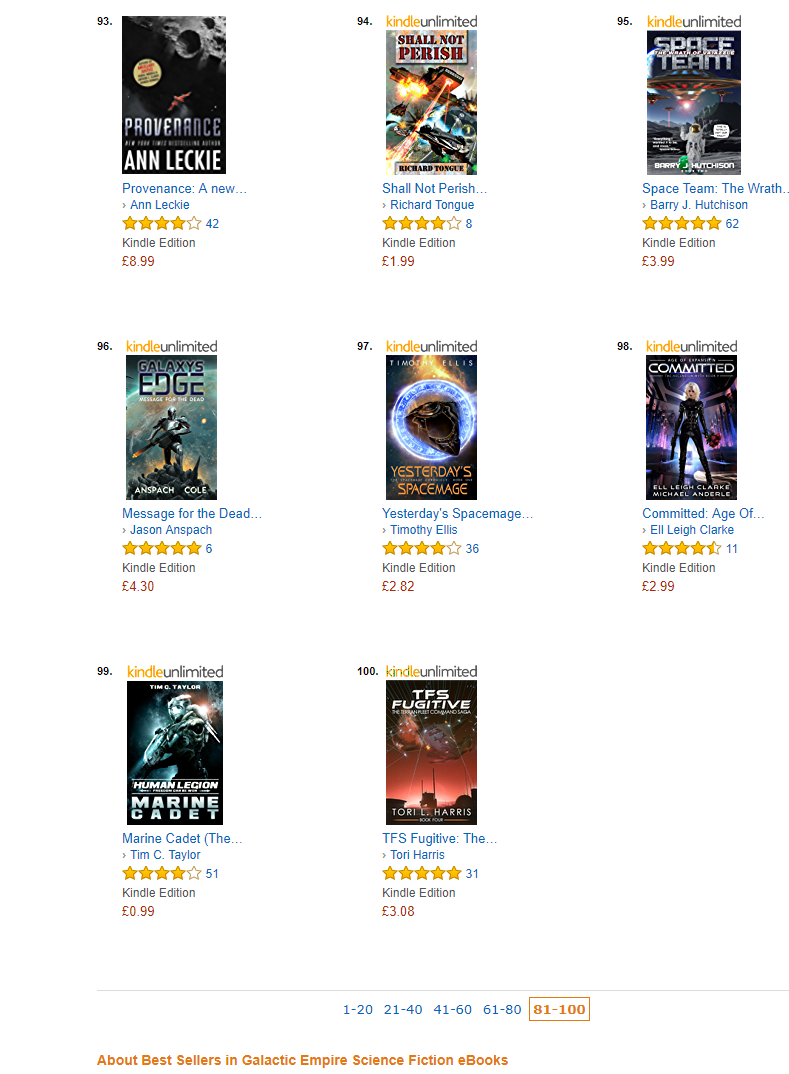 To be fair, I’m helping that along with a sale. The first six books are temporarily priced at 99c/99p during the Battle of Earth Launch Campaign. (More about these books on the human legion book page here…)

Edited to add: I was premature capturing that bestseller image. An hour after posting this, Marine Cadet was up to number 49, and all seven Human Legion novels are in the top-100.  I’m loving this all-too-rare chart action 🙂

On the picture of the chart it looks as if Arun McEwan on the cover of Marine Cadet is catching up with the Galaxy’s Edge book, Message for the Dead by Jason Anspach and Nick Cole (a book I beta read, by the way; I thought it was excellent). Galaxy’s Edge started off June 2017 with Legionnaire, a book I enjoyed and I’ve recommended before. With the release of The Battle of Earth, I’ve now published 1.6 million words of Legion stories, so it was initially very strange to my eyes to be reading authors other than myself, JR Handley, and Ian Whates writing about ‘the Legion’ but not meaning ‘the Human Legion’. I soon grew used to it, but it was still a bit of a jaw-dropping moment to see them use the Human Legion slogan “Join the Legion” at the back of one of their more recent books!

Arun and Springer: from the ‘real’ Legion 🙂

Nick and Jason’s Legion books have been fantastically successful, and deservedly so. Nonetheless, it was nice this morning to see Arun’s book from 2014 briefly snapping at the newcomer-Legion’s heels in the charts 🙂

When I came up with the name Human Legion, (which as Legionaries know, wasn’t the original series title), I thought it was such a good name that I searched for anyone else using it. Not finding anyone, I registered the humanlegion.com name asap before anyone else grabbed it. That was about ten months before I released Marine Cadet at the very start of 2o14. The website was ghostly quiet to begin with as I didn’t tell anyone about it.

I still think Human Legion is a great name, but I had no illusion when I came up with it that writing about science fiction legions was unique to me. A quick search for ‘Legion’ this morning on Amazon brought up, amongst other things:

The Legion of the Damned series by Sven Hassel (OK, not science fiction but it came up in the Amazon search and I read these at school. They’re set in World War Two and are purportedly autobiographical, although there is a lot of controversy surrounding both author and series. They sold over 50 million copies.).

The Legion of the Damned series by William C. Dietz (which started off in the 90s from Ace Books. The Kindle re-issues started coming out just a few months before Marine Cadet, and the fourth book in the series came out just two weeks after Marine Cadet and uses the same stock art as the original Marine Cadet cover and at a time when my use of that image was at #1 in military science fiction and #1 in space opera – oops! Sorry. I would have been annoyed if I was the art director and found I’d gotten there first. )

The Legion of the Damned from Black Library. This is a Space Marines Battles novel in their Warhammer 40k setting. In fact there are plenty of ‘legion’ names in Black Library titles.

Star Legions by Michael G. Thomas. Despite the huge boom in science fiction publishing over the past decade, there haven’t been many million-selling British SF authors to emerge through self-publishing. Michael G. Thomas is one of them, and Star Legions is one of the many spin offs from his breakout success with Star Crusades. I did read Star Crusades and enjoyed it, but although I’ve bought some of the Star Legions, I’ve not read them yet. Anyone here want to comment on them? BTW I am not one of the million-selling SF Brits myself, but that is definitely a target I’m aiming for. Michael was one of the top British authors I invited to the Empire at War box set in 2015. Didn’t get a reply, though, which is a shame because I would have loved to work with him.

Then there’s Soldier of the Legion series by Marshal S Thomas (started 2011) , Steel Legion by Casey Calouette (begins 2015) some urban fantasy series, a thing called the Sleeping Legion, and a host of books with ‘Legion’ in the title, but not the series name. No doubt there’s more if you search hard enough.

And with the boom in science fiction publishing, the happy news is that there’s plenty of room for all of us. Join the Legion! 🙂

If anyone were thinking of forming a transatlantic SF prog rock supergroup, by the way, then I can’t think of a better name than Anspach, Taylor, Thomas and Cole. Just saying.

Talking of the Legion… Attention, signed up Legionaries! I hope you’re enjoying all the extra bonus content going out to help celebrate the conclusion of the main Human Legion line. Given the feedback, the #WriteLive experiment (where I write a chapter each morning and post it to you in the evening) has set some of you alight! I’m not in a great hurry to do it again, but let me know if you would like me to. I would probably separate out another #WriteLive into an additional ‘opt-in’ group. I am planning on writing serialized fiction later in the year, so it is very encouraging to see how well this experiment has been received. The climax to Bonaventure will be this Tuesday. Don’t worry if you missed out, because all the back issues of the Legion Bulletin are available to Legionaries, and you can always  sign up here. 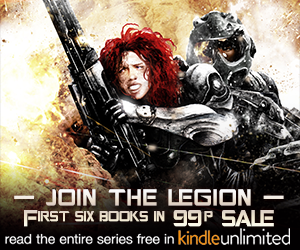 My Legion again 😉 Featuring Springer and Arun, same as the other advert, although they’re older and more worn. I don’t always treat my characters gently.