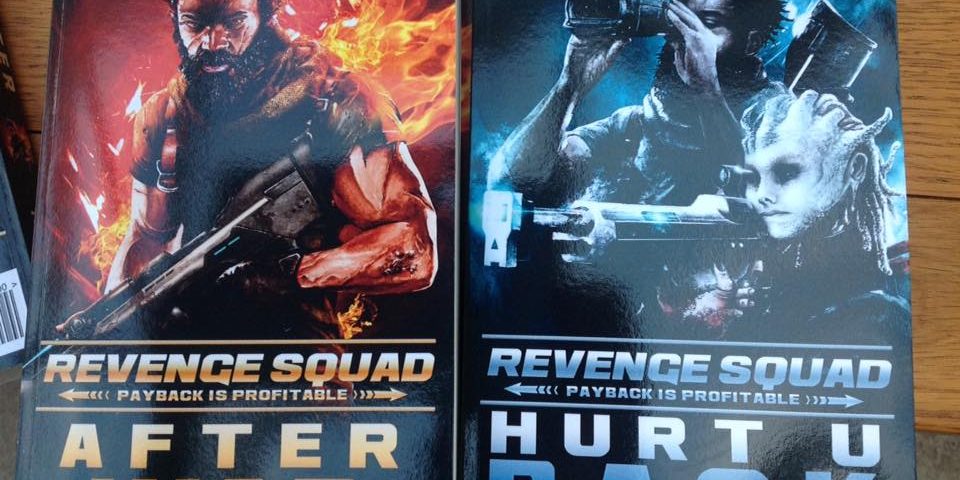 Our book mobilization is almost complete. Here are the dates:

If you’ve joined the Legion then you should have received the Legion Bulletin this week with download links for exclusive books in the Sleeping Legion (military SF) and Revenge Squad (urban fantasy – space opera crossover) series. If you haven’t seen the Bulletin, then it may have been intercepted by email spam filters. GMail sometimes puts the Bulletin in the ‘promotions’ section.

In this brief moment of calm before the releases, I thought I’d share a sneak peek into the work that takes place after writing and editing the books, and before releasing them.

In an earlier life, I used to do freelance book layout and design. My specialty was complex eBook layouts for non-fiction — the kind of thing that meant you needed to know both how to code, and the often maddening ‘eccentricities’ of the various eBook platforms in their interpretation of eBook standards. I’m out of that now, but for now, at least, I still code all the Human Legion Publications books myself. It’s a lot of work, but it gives a fine level of control over how the books looks and helps to ensure high quality.

Here’s a screenshot of me at work on Fortress Beta City, using a tool called Sigil. 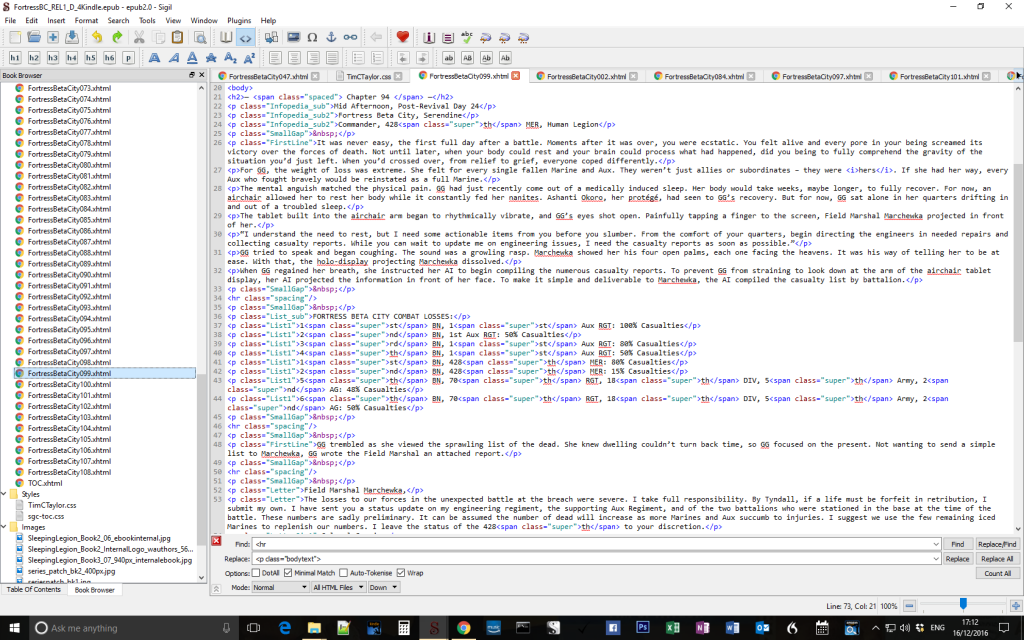 And here’s what that code looks like when compiled into a Kindle book. 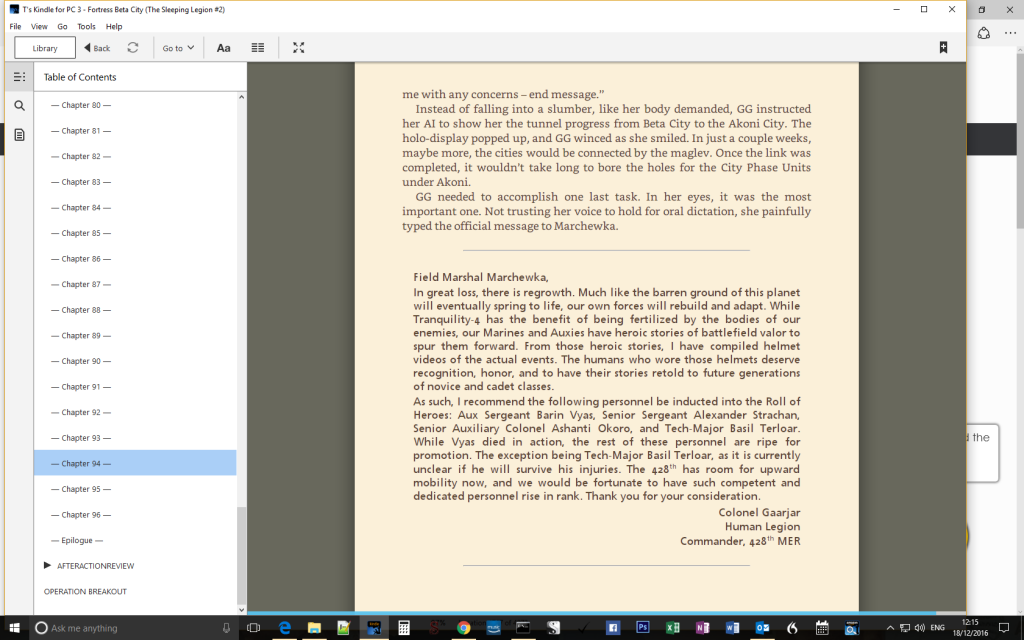 I don’t draw the front cover artwork, but I do design the typography, in collaboration with artists. For example, with the Revenge Squad covers, I set the text as a fixed point and artist Vincent Sammy produced the artwork by interpreting my very rough ideas. Vincent also tweaked the typography slightly by adding a color gradient that went well with his artwork. That color gradient is a small detail but a crucial one that also helps to make the spine pop. 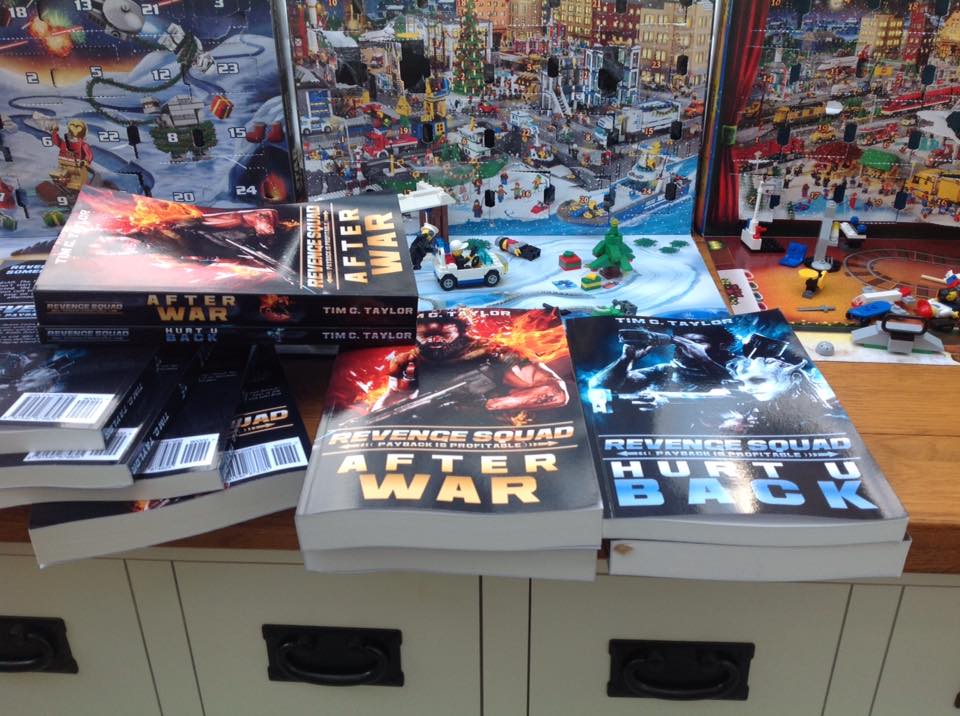 As an independent author and micro-publisher, being the ‘little guy’ in a crowded market means big obstacles to success. I need to use every advantage I have to compete with the big guns. One of those is flexibility and the ability to turn around changes to books within hours. An area where I have deployed this advantage is with the book description, which is really my opportunity to convince a reader that this is a book they want to buy and read. Sometimes I change this blurb to appeal to different readers or to freshen things up. Sometimes I run adverts and it can be surprising that some versions of adverts attract much more interest than others, and in some cases that tells me I need to redo the book description. That’s one of the reasons I do the paperback cover layout myself (for now, at least!), because that way I can turn around changes to the back cover text quickly. Roughly speaking it takes about 36 hours from me changing the cover text and new customers being able to buy the updated version of the paperback.

Here’s me working on the cover layout for Fortress Beta City. 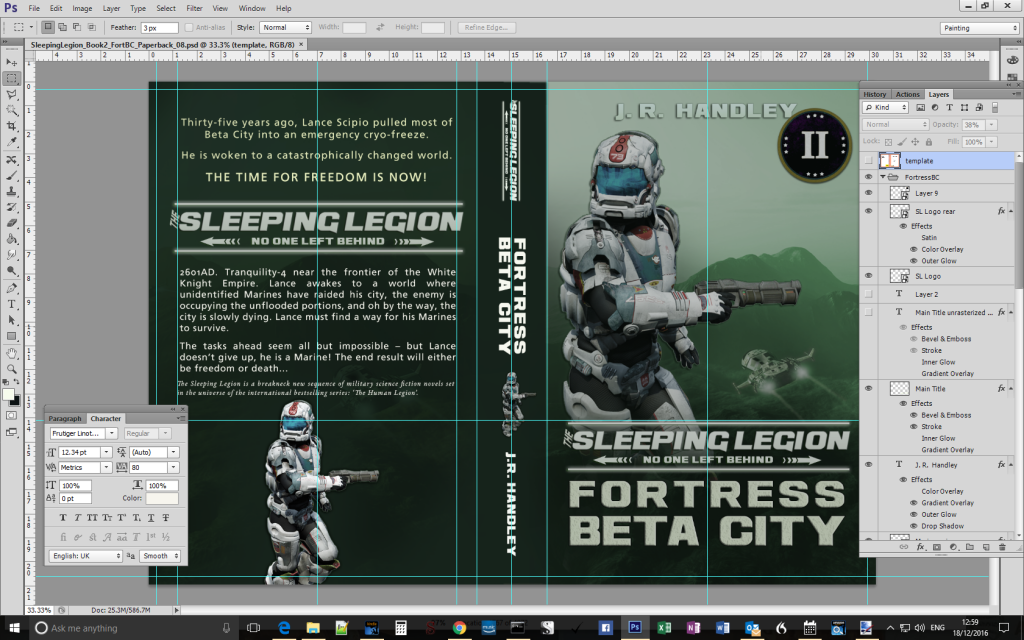 It’s a lot of work, but there are few things as satisfying as working in a team to produce a good book, and hearing readers report back the pleasure they’ve had in reading your work.

I hope you will enjoy the new Sleeping Legion and Revenge Squad books. We’re rather hoping you will, because we have plenty more of them on the way 🙂