The first of two Human Legion box sets has just been released. I’m going to add as many of the short stories, novelettes, articles and author notes as I can*, which is why I added the ‘deluxe’ label. I hope you feel it’s justified! It’s a cool image of a slipcase box, but regrettably, that’s just the publishing fashion and this is only available as a Kindle book. The good part of that, though, is that if you have a Kindle Unlimited subscription, you can borrow this for free and skip to the bonus material if that’s what you prefer. CONTENTS 2741 AD – Preface 2565 AD – Marine Cadet (novel + new author notes) 2566 AD – Indigo Squad (novel + new author notes) 2567 AD – Trial of a Traitor (short story + new author notes) 2568 AD […]
Do you like it?1
0 Read more

Breach Team breaches the top-100! I was so pleased last night to see Human Legion Universe alumnus, JR Handley, has broken into the top-100 science fiction bestsellers on amazon.com with a standalone novel collaboration with Chris Winder called Breach Team. Unfortunately, by the time I got around to typing this, the book’s slipped out again. That’s the way it goes, sometimes. Let’s hope it peaks once more. I’m about two-thirds through reading it myself and enjoying it very much. If you liked JR’s Sleeping Legion novels then you will like Breach Team. Reminds me of Demons of Kor-Lir. So, well done to Chris, but especially to JR because we know him so well from his Human Legion Universe stories. I’m proud of you. (Don’t make the mistake, by the way, of thinking JR has completely finished writing the adventures of […]
Do you like it?1
0 Read more 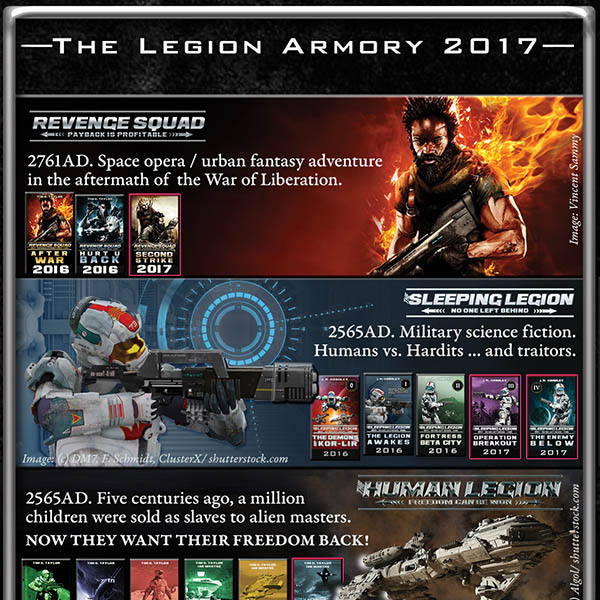 I want to thank everyone for their contribution to the Legion in 2016 and hope you join us for the 2017 campaign. It’s been a hard year, and with long gaps between releases, but we’ve both grown as a team, and delivered some books I’m truly proud of. And I keep saying ‘we’ rather than ‘I’, that’s because these book projects have all been team efforts. Our first release came out in February 2016. This was a multi-author box set called The Empire At War, featuring some British military science fiction authors: Chris Nuttall (Ark Royal etc.), PP Corcoran (Discovery of the Saiph etc), Phillip Richards (The Union Series). I’m in it too with Marine Cadet, an exclusive Human Legion short story called The President’s Son, an article on the state of British military Science Fiction, a suggested reading list, […]
Do you like it?0
5 Read more

Marine Cadet is on a 99c joint promotion this weekend. I expect if you’re reading this, you already have Marine Cadet, but some of the other books in the promotion look very interesting and some of them I recommend because I’ve read them and already know they’re great! Click on the image to go to Patty Jansen’s site to grab books from the full range of retailers.   You only have until the end of today to fill your boots. I’m still not well and didn’t get to my computer to announce it yesterday. Sorry. The promotion was set up by author Patty Jansen and it’s something she does every month in various forms and you can sign for more info here. I’ve read her book Ambassador. She’s a great author. If you don’t believe me, follow this link  to […]
Do you like it?0
2 Read more

Last month I announced the new Legionaries group with the prize draw of a signed Human Legion audiobook on CD. The winner of the prize draw is Thomas with a Comcast email address and who I think might hail from San Diego. Thomas, if you’re out there, please get in touch. I’ve been trying to reach you for the past month! For everyone else, fear not, I’m going to do another draw at the end of the month for a signed audiobook (on CD) of your choice out of Marine Cadet, Indigo Squad, or Renegade Legion. My publisher (Tantor Media) gave me a few but they’re running out, so I won’t be doing this regularly with the audio CDs. There are rumors of other swag that might be forthcoming, such as official Liquid Refreshment Dispensers bearing the insignia of one […]
Do you like it?0
1 Read more 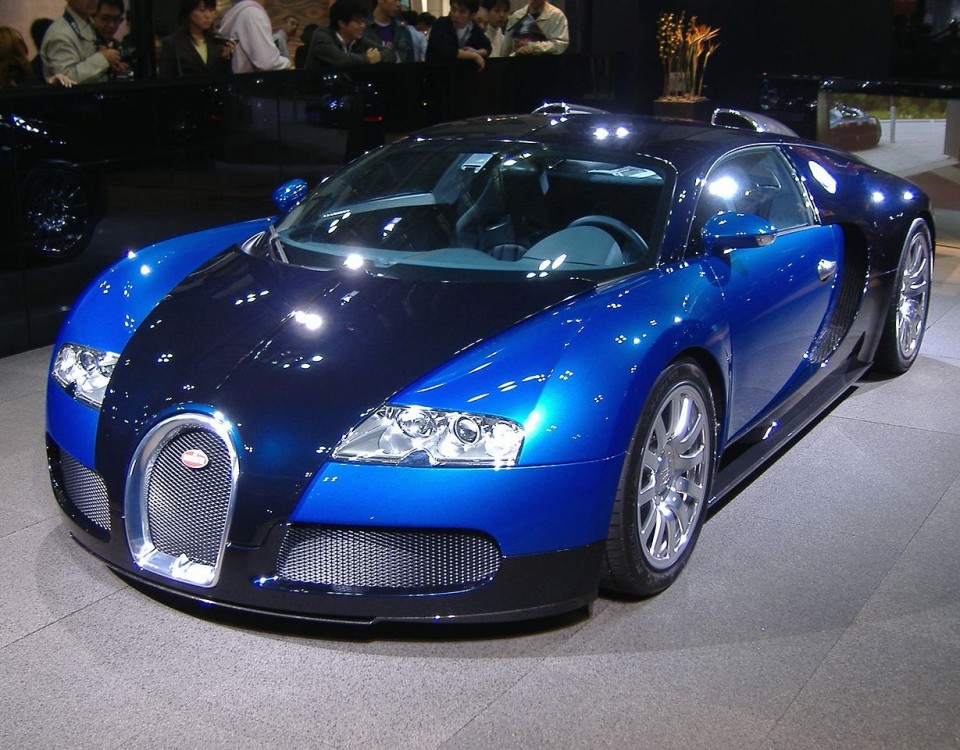 Book 5 of the Human Legion is out now. Eastercon write up, and a bargain deal on Raymond L. Weil's Lost Fleet.
Do you like it?0
3 Read more

The fifth book in the Human Legion series is available from Amazon now in its Kindle edition. Paperback to follow shortly. As is Legion custom, I’ve set a low launch price for loyal humanlegion.com subscribers to pick up the book for a song. I’ll be raising the price shortly, probably next week. I do get asked whether it’s more helpful to me to wait and buy at a higher price, a question that I’m grateful that people want to ask.  Actually, buying now does help me because at this stage it’s all about getting the book in the charts and the Amazon selling algorithms so that people notice the book. Enjoy the book. There will be one more novel in the series, The Battle of Earth. No prizes for guessing where that’s set. I do plan for a collection of short […]
Do you like it?0
12 Read more

At some point over the next 12 hours, War Against the White Knights should pop up on Amazon. It will be Kindle-only initially, although the paperback will follow in about a week. I’ll make a big fuss about it next week, but I reckon my job’s done for tonight. Tomorrow morning I’m off to a science fiction convention in Manchester, England for the Easter break. Much more on this next week when I’m back. And future projects too! Enjoy the book.
Do you like it?1
4 Read more
1234
Next page